History of “Optometrists on Colborne”

The Optometry practice of Van Ymeren, Townshend, Lawrence and Moore has a rich and longstanding history in Canadian Optometry. It is the oldest professional optometry practice in London, Ontario dating back to 1949 when Cedric Passmore returned from WWII, was educated and trained in Optometry in Toronto and began his practice at 247 ½  Dundas Street in London. Dr. Passmore was the first practitioner in the area authorized to use the title “Doctor” after completing an intensive post-graduate course in the 1960’s. His humble nature, however, persisted in such a way that most patients still referred to him as “Mr. Passmore” well into the 1980’s.

Dr. Passmore was a true academic. He closed his office on Wednesdays to patients in order that he may study his journals and papers undisturbed. Recognizing Optometry as a real and academic health profession was rare in those early days and with the development of contact lenses came a natural and gifted interest for Cedric.

Initially in the late 40’s and early 1950’s, all contact lenses were made of a hard, non-oxygen permeable material of either the large scleral design or the smaller corneal lenses and manufactured on site using a contact lens lathe. Fitting these lenses was a significant challenge with countless adjustments required to provide clear and comfortable vision to patients. As a result of his skill and experience, Dr. Passmore became the “go-to” person for patients with significant corneal problems as most of these patients could only see with properly fitted contact lenses. In the late 1960’s, Bausch and Lomb began clinical investigations of the new design soft contacts and chose eight well known American practitioners and one Canadian, Dr. Passmore, to conduct their trials. As a result, the 1970’s brought exciting and innovative technology to the contact lens world and Dr. Passmore’s involvement helped to develop his well respected reputation amongst his colleagues, his patients  and newly graduating Optometrists.

One of those young, bright graduates was Dr. Brian Garnett who joined in partnership with Cedric and continued to develop the academic nature of the practice by spending many hours studying medical journals as they applied to contact lenses and corneal health and then carefully cataloguing them to the point where in the early 1980’s, Dr. Garnett’s contact lens reference library was second to none. Students from the University of Waterloo School of Optometry would make the trip to London to access his library kept at his home.

In 1985, a new graduate, Dr. Harry Van Ymeren, arrived in London seeking the same contact lens experience known at Passmore & Garnett. Still at the 1949 location on Dundas Street, the physical space of the practice was too small for the three busy practitioners and a move was made to Richmond Street near the Covent Garden Market where the partnership spent 10 more years providing mainly contact lens care. In the early 1990’s, Passmore, Garnett and Van Ymeren began providing spectacle dispensing services and became a full scope optometric practice. When Dr. Passmore retired in 1991, Brian and Harry began looking for another partner and in 1994 met Dr. Stacey Townshend. The partnership of Garnett, Van Ymeren and Townshend created in 1997 saw a major physical move to the corner of Colborne and Central streets where it exists today as one of the longest established practices in South Western Ontario.

Since that time, Dr. Garnett has retired and accomplished a cross Canada bike tour raising funds for prostate cancer awareness. Two new partners, Dr. David Lawrence and Dr. Suzanne Moore have joined and the partnership of Van Ymeren, Townshend, Lawrence and Moore continues the tradition and upholds the reputation of excellence in eye care in London and area. 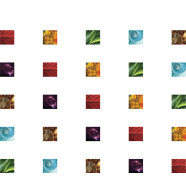 Kindly notify us as soon as possible if you are unable to keep your appointment. Please bring your health card, list of medications and all personal eyewear to each visit.

Closed Saturdays of long weekends, statutory holidays and other holidays.